I have just five weeks before going back to Japan. Summer is coming, so it is getting hot. I like summer but since NZ’s sun is strong, sunglasses are essential for me. I sometimes think about the English exams in Japan such as Eiken and TOEIC and I feel anxious and I need to study hard. I know my busy Japanese life is waiting so I wish I was a New Zealander. However, my NZ friends are studying hard for their big exam so I realized that I have to study hard wherever I am. I had my birthday and some fun things this month. Also, my NZ school has finished this month.

I had a sleepover with my friends in the second week of October. We played Mario Kart, Mario party and so on until dinner time. We also talked about school and tik tok which is a video app. Some of my friends make videos with the app but they do not post them. We had fish and chips for dinner. I ate hot chips until I got full. I do not eat chips until I get full in Japan so I was really happy. We ate ice cream after dinner. There were three flavors of ice cream boxes. They were mango, vanilla and chocolate. I do not buy ice cream boxes in Japan so I thought NZ people were lucky to get ice cream in a box. We watched a horror movie at night in a tent. We slept in the tent so I could not sleep well but I thought it was interesting to have a sleepover in a tent.

I went to Lazer Strike, which is a shooting game, with my friends. That was for my birthday and I got more presents. Also, one of my friends paid the game fee for me. The game was so much fun. We went to Kosco and got some snacks afterwards. We went to a park and shared the snacks. That was a good time and I felt happy. We went to souvenir shops at last. I got some souvenirs for my Japanese family and friends there. I had a great birthday party.

I have many events this month so I would like to enjoy them. Thank you for reading. 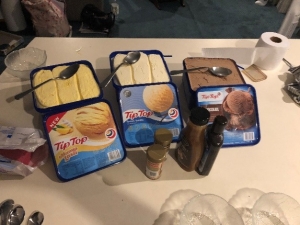 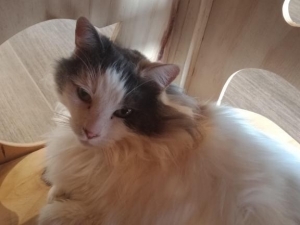 I can't believe I have only one month left to stay in Australia. I feel I don't want to leave. I still make good memories in Australia. Today, I would like to tell you about one of my best memories. That is hiking camp for outdoor education. It went for there days.

The first day hiking walked about 13km. Actually this was my first hiking. At first I was worried that my walking speed would slow down if I carried heavy luggage but as I walked, I got used to it and walked more smoothly than I expected. There are two things I paid attention when I was walking. The first is walking with the center of gravity tilted forward than when normally walking. This is to prevent a balance from being lost due to heavy loads when walking. This is to prevent stumbling from stones or twigs.

The second day hiking walked about 21km, I think that I was able to hike on the second day using what I learned on the first day. On this day, I got used to carrying heavy loads and hike while maintaining a certain speed. In addition, I felt that I was calm and thoughts were cleared by being surrounded by nature and I realized that I hadn’t touched nature so far.

I was in charge of lunch, so I made a group lunch. I bought things that our group had decided in advance (tuna, crackers, boiled eggs, cucumber). It was good.

The pleasantness of walking in nature, the coolness of the shade, the beautiful scenery, the sound of nature fluttering in the wind, all have a freshness that is different from everyday life and refreshed the mind. In particular, the shaded places were cool and my heat went away and the beautiful scenery blew away my tiredness.

On the morning of the third day, I got up early and cleaned up, packed and folded the tent. I think I was able to hike more comfortably with less luggage. I was able to clean up the tents and packing by taking advantage of what I learned in the previous camp. After clearing up all stuff, there was a vivid bird nearby, and the principal gave me the bird’s food. So I fed the birds. I was surprised because these were wild birds but they were so friendly.
We arrived at the lake and I thought we can just swim and play. However, the teacher said that they could dive into the lake from a rock near the lake, so everyone started climbing the rock. So I followed. I saw that everyone dive and at first I thought it looked fun. However, I was more scared than I expected to stand on the rock, but I jumped three times in total. In particular, after standing on the rock for the third time, I suddenly began to think that feeling of jumping was scary, so I give chances to other people. However, my friends and teachers said a lot like “Come on Yuri!” “You don’t have the chance anymore!” So finally I jumped there. I was very scared of the first diving in my life, but it was also a great memory for me. Diving was scarier than a roller coaster. I’m glad I had a lot of my first experiences in these three days. 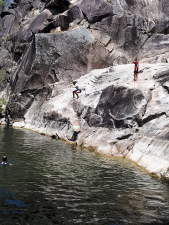 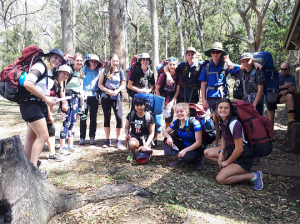 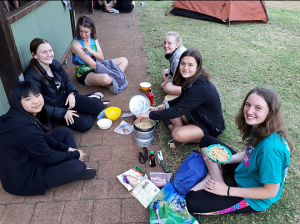 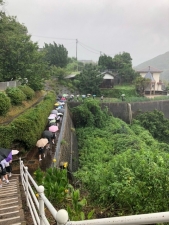 Next month, which is November is my last month in Australia.

During the last school holiday of this year I slept over at my friend’s house. We took a lot of photos, talked until late night and spent such an amazing time. Her mother made a lamb roast for dinner. That was so good. Her family were so good to me. The next day, we went bowling with some of my other friends. The bowling centre’s computers were all broken so we had to write our scores by ourselves but we still had a really great time.
On the 3rd of October it was my host mother’s birthday. We had a great party. I gave her a Japanese noren and a scarf. We ate donuts instead of a cake. The donuts were put on a tower. It was so pretty. I hope she had a good birthday.
My host parents took me to the Big Pineapple and Gingerbread man’s factory. The pineapple was huge and cute. The pineapple is about 16m tall. At the factory, I did a lot of things such as I had amazing morning tea and lunch, we rode on a train and a ship and we visited some shops. The train took us to a tour of the whole area of the factory. We saw old tools, birds and plants. The ship was my favourite part. We had to find the gingerbread man who was travelling around the world. Sadly, he didn’t go to Japan but still, I had a lot of fun.
I went on an excursion for my school’s hospitality class. I went to the “Next” hotel and restaurant. This excursion was for my assessment so I could find good points and bad points in this restaurant. The hotel focuses on technologies so the hotel looked really useful and comfortable. The hotel is in the city so there are a lot of conference rooms in there. I will do my best to get a good mark.
I went to a dance competition with my school’s dance squad. The competition was the last one for me and year 12 students. We couldn’t get awards but still we did the best performance. This dance was choreographed by a year 12 student. I love her dance. I would like to use these skills which I got in this dance squad in my unicycle dances.
We went to a beach to watch the full moon rise. That time was my second last time. I walked my host brother’s dog with my unicycle. I practiced doing some tricks on my unicycle. I didn’t think I can do these skills so I was really surprised with myself.
I went to two museums this month. One of them is an island museum. We are living near an island so we went there. I saw rubbish fashions and recycle activities. In Australia, a lot of activists are protesting for climate change so I thought these things are really valuable to save the earth. The other museum was a train museum. The museum was huge and has a lot of trains and exhibits of science. The old trains didn’t have inside door handles. According to my host parents, they had to open the doors from the nearest windows. I experienced driving a train but there were a lot of buttons so it was really difficult for me.
I also went to a primary school for another school excursion. My host parents' grandchildren are going to the school so I saw and did activities with one of them. She was really surprised when I went into her classroom. This excursion was for my early childhood study’s assessment. My group prepared two activities for the children such as making a fan and pasta necklace. The children were so cuddly. Before I met them, I was concerning about communications with them because I have never communicated with children of such a young age except for my host grandchildren but they asked and spoke to me a lot. When I left there, they didn’t let me go while hugging me and they gave me kisses. I thought I would like to be an Australian prep teacher but this time, I don’t have any responsibilities so I could have a lot of fun. I think it is difficult to be an adult and work somewhere with a lot of responsibilities.
I took part in the school awards night as a member of the dance squad. We performed a dance in front of parents and my friends. I got an award at this art and culture night. The performance was the last performance of this year. I have experienced a lot of things in this squad. I am really glad to have belonged in this group.

I have just 30 days left in Australia. I don’t want to leave here, Australia! My friends, host family and this environment make me wish I could stay. I have to make these last days valuable so I would like to spend these days without regrets. 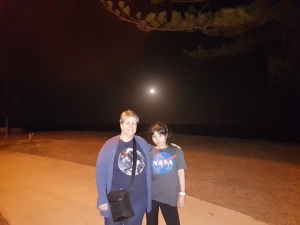