The seventh month of studying abroad is coming fast. I feel sad when I think that the remaining days of studying abroad are going by quickly. When I was in Japan, I used to feel that every day was simple and boring for the reason that I did not give my attention to enjoyable things on a daily basis. However, since coming to NZ, I have been spending fulfilling my days through discovering new things and turning my attention to what people ordinarily do not care about every day. I did numerous exciting things in July which included a two week holiday.

Since my host family went on a trip during the holidays, I temporarily stayed with one of my friends, Victoria, at her house. It was like a big sleepover for me and it made me so excited. Victoria and her family took me to various places in Christchurch.

At the beginning of the holiday, we went cycling in a forest where we can see the beautiful sea. It was so exciting to go downhill by bike quickly. We also went to a zoo called Willowbank. There were many kinds of birds and animals we cannot see in Japan. I saw a kiwi bird for the first in my life at the zoo. Kiwi birds are nocturnal and timid so they were in a house called a nocturnal house which was so dark inside to enable visitors to naturally look at them. We had to look at them quietly so we did not surprise them. I got excited as I was so close to the kiwi bird. I almost broke the silence. Victoria and her mother told me that it was rare to be able to look at kiwi birds closely and that it was their first time to look at them at a very close distance. I was happy that we were lucky. Also, we fed several animals. We had two types of foods for big animals and small ones.

I recently had an opportunity to consider which university I would like to go to after high school. I have not thought about it recently so it was a good opportunity. I have a goal which is that I pass the pre one EIKEN test (English test in Japan) and get more than 750 points in TOEIC test. I am studying for them at the moment. The English tests are not effortless for me to pass so I need to study as much as I can. I would like to keep putting in the effort in order to enable me to have a bright future.

Before I came here, I took it for granted that my mother makes my dinner every day, my friends get along with me, and so on. I realized that I had to appreciate these things since I came to NZ. I believe that studying abroad is not only to study English but also to learn about things we do not have in Japan. 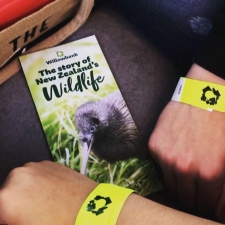